We are now at the time of the year where families begin to gear up and prepare for the new academic year. Whether this is met with enthusiasm or despair in your household, the back to school season is a particularly exciting one.  Children get ready to spend another year educating and cultivating themselves – while of course, making friends and memories in the process.

It goes without saying that all nations have their own traditions and philosophy with regards to education.  Here, we’ll share a few ways Chinese approaches certain milestones in a student’s life, such as the first day of school and graduation.

The first day of school

Early in the past century, a tradition would be for students to bring a few presents to their teachers on the first day. Each student would bring three things: garlic, celery, and green onion.

Why these three items? Well, they were all play on words.

Green onion, is 蔥 (cōng) in Chinese which is the same sound as 聰 in 聰明, meaning clever or with wit.

Celery, 芹 (qín) in Chinese which is the same sound as 勤, meaning diligent and hard working.

能算、會勤、plus 聰明 were considered the three main “ingredients” to a student’s success. These three gifts serve as a symbolic commitment as well as good fortune for the student throughout the coming school year.

Nowadays, the students are usually addressed by the headmaster and a star pupil, both of whom deliver eloquent speeches about their devotion to their school, gratitude for the teachers, and commitments to ambition and success.

Graduation is a momentous occasion for students, parents and teachers alike, as students move on from their current phase of education. At a university graduation ceremony – like in many other nations – students are handed their hard-earned diplomas, and teachers deliver celebratory speeches, congratulating students for their efforts. While most students wear traditional academic, black robes for their graduation, it is also not uncommon for them to wear qipao, Chinese traditional dress.

What is more specific to China, however, is the 謝師宴: the banquet to thank the teachers. This happens usually at high school or university graduations. Here, students all chip in to book a banquet, and invite all the teachers who have taught them throughout the years to attend. Students might prepare a talent show, and deliver a speech to formally thank all the teachers. Teachers would also express their good wishes for the students moving forward.

Although after this banquet, students and teachers are considered equals, since the students are now adults and members of the society, there is this saying: “一日為師，終身為父” in Chinese. It means if someone is your teacher for even a single day, s/he will be like your parent for the rest of your life. Students are forever in the teachers’ debt.

There are many idioms in Chinese that encapsulate what it means and how it feels to be a student. Here are a couple:

十年寒窗
Literally, this means to study for ten years by a cold window. This idiom illustrates the hardships students are willing to endure and perseverance it takes to get through the long years of study. From this idiom comes the expression 同窗, which means ‘classmate’ or ‘schoolmate’ – someone who also sat by the same cold window with us for those years.
聞雞起舞
This idiom means to start practicing at the sound of the cockerel’s first crow. It describes is the act of self-discipline and being diligent in one’s studies, of being so committed that one would begin practicing and studying at the break of dawn every day. 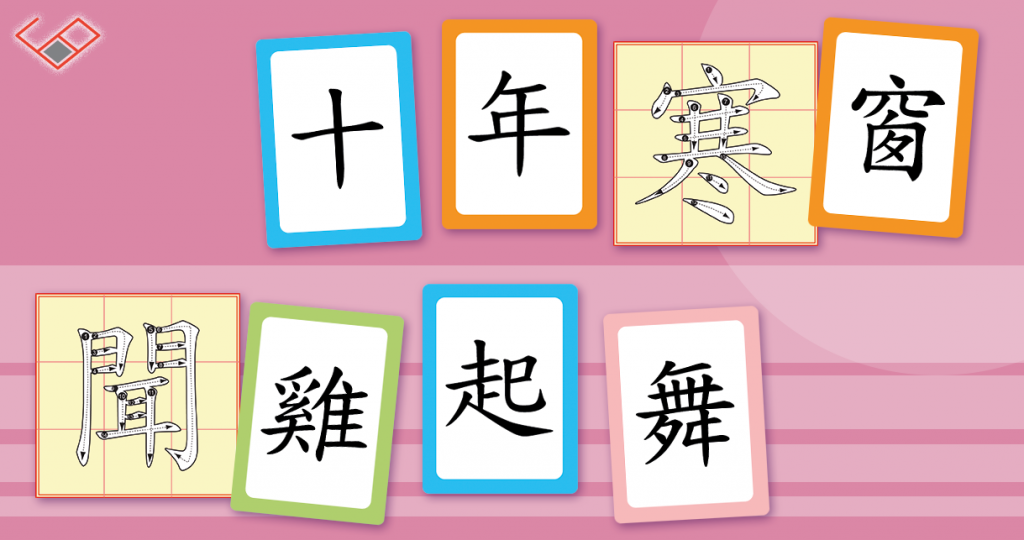 As you can see from the above image, in each of the above idioms, there is one character that is not included in Basic Chinese 500. (The ones included in the syllabus are shown in proper Study Cards.)

Why not take this opportunity and learn them?

Here, let us show you their proper pinyin and writing sequences (click on image to enlarge): 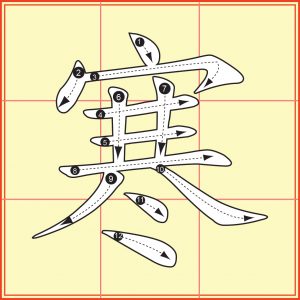 Pinyin: /hán/
Traditional Chinese and Simplified Chinese are written in the same way. 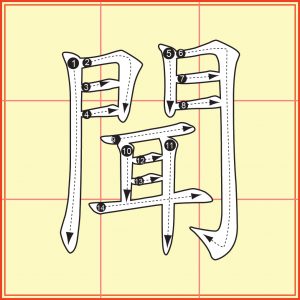 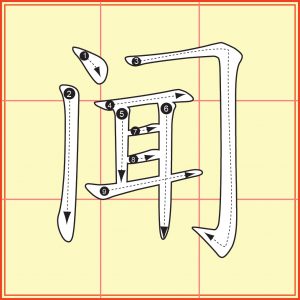 We discuss Chinese language and culture related topics on a regular basis.
If you would like us to discuss certain topics on Chinese, please let us know.

我想提問 I have a request

SUPPORT FOR YOU
Many parents are already part of our Facebook Group. If you’d like to take advantage of the collective wisdom of your fellow parents, please

We’d love to hear from you.