Every famous person that has ever lived was once a child. Teaching children that all historical figures were once children, just like themselves, can inspire them to achieve great things in their own lives. However, children can find it hard to connect with historical figures, especially when their adult achievements are the only things they know about them.

Some stories can inspire children to  help others despite their own hardships  . Harriet Tubman is such an example. Harriet, who famously helped slaves escape through the Underground Railroad, grew up in a family of eleven children, had a rough home life and even a terrible head injury when she was thirteen. Yet, she grew up into a strong and brave woman who helped rescue others from slavery. 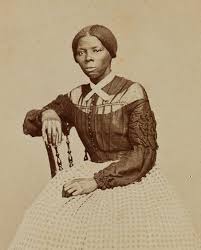 Milton Hershey, who created Hershey’s chocolate, is a great example of how to  learn from your mistakes  . As a child, he didn’t have access to a good education. When he grew up, he tried to open several candy stores but all of them went out of business. Learning from past mistakes, he finally opened a shop that sold just caramels and was very successful. He sold his caramel business for one million dollars and started making his now famous Hershey chocolates.

Jane Goodall is another inspiring figure. Like many other children, Jane loved animals. She became interested in chimpanzees as a child and always dreamed of going to Africa to see them. As she grew up, she worked hard and saved money to make her dream come true. She finally saved up enough money when she was 23.  She went to Africa and lived with the chimpanzees, learned all about their use of tools, their personalities and diet. There, she made many important discoveries about chimpanzees. This is a great example that shows children how  they can make their dreams come true if they work for it  .

When we turn to Chinese history, there is no lack of such great examples for children. We have selected some of these historic heroes and adapted their childhood stories for children to read on their own. These stories are part of each level’s Treasure Box, there to delight and inspire your child.

We have created special practice sheets featuring these heroes’ names, as they are beyond the Basic Chinese 500. These practice sheets include pinyin and stroke writing sequence, together with colouring game. Some of them even feature the heroes’ grown-up looks. 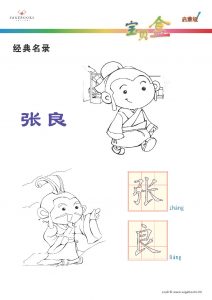 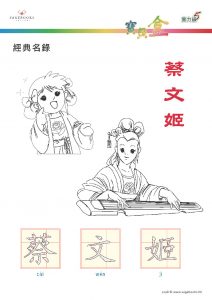